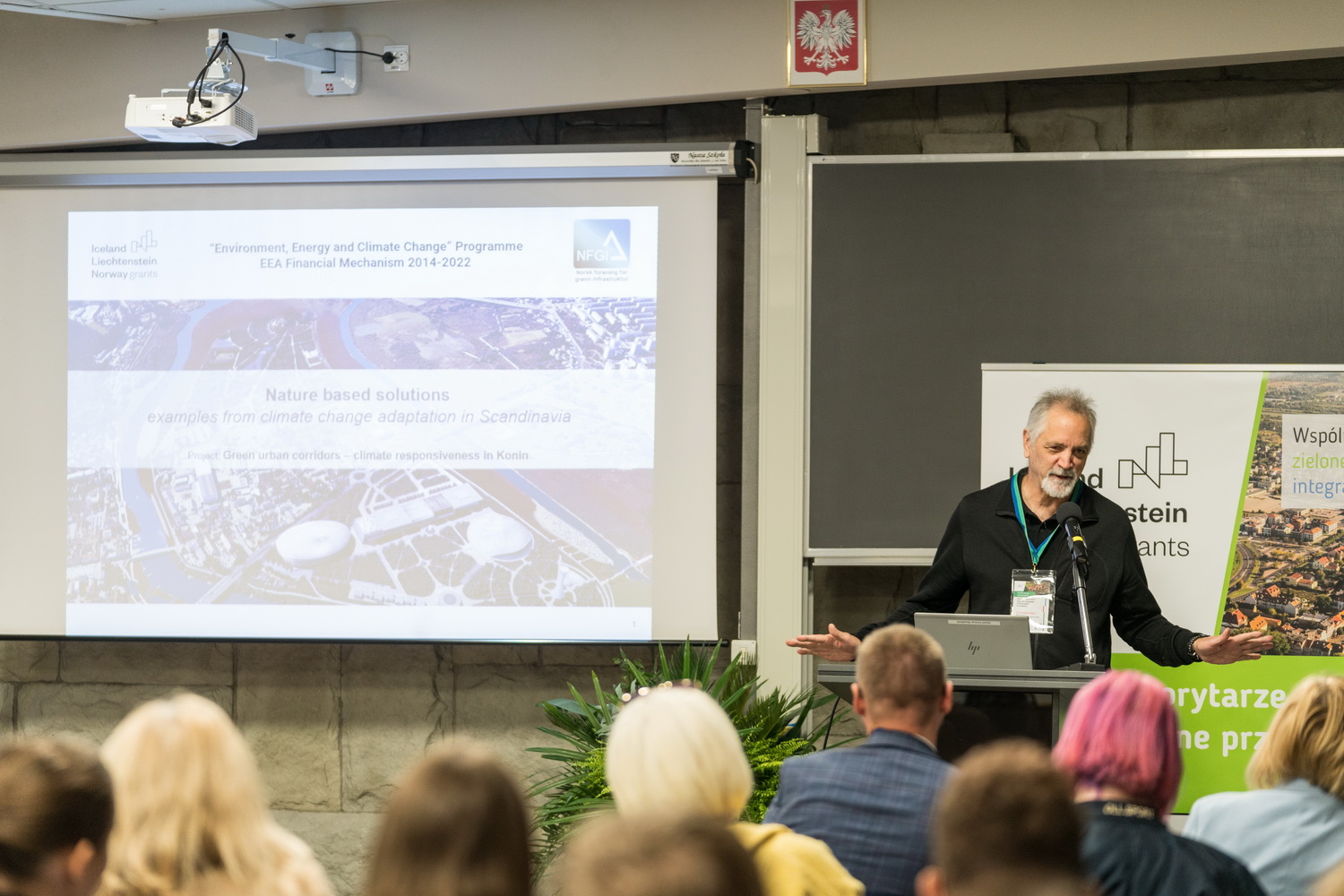 On 21 September 2022, an educational conference entitled: "Climatic Konin. Green and blue infrastructure in practice" organised as part of the implementation of the project "Green urban corridors - climatic awakening in Konin" in which the beneficiary is the City of KONIN and the partners are: Polish Green Roof Association, Wroclaw University of Environmental and Life Sciences and the Norwegian Association for Green Infrastructure.

At the beginning, Joanna Brach from the Norwegian Fund Division spoke on behalf of Piotr Bogusz, Deputy Director of the Department of European Funds of the Ministry of Climate and Environment, and Izabela Puczyłowska from the National Fund for Environmental Protection and Water Management. She said that they were very pleased that Konin, in cooperation with experienced partners, had taken on the role of educator and embarked on such an important project.

Deputy Mayor of Konin - Paweł Adamów emphasised that the project "Green Urban Corridors - Climate Awakening in Konin" - financed from the EEA funds, is the driving force behind the city of Konin's green and blue infrastructure activities. He added that Konin's strategic slogan of "Green City of Energy" (pl:  „Zielone Miasto Energii”) shows that greenery for the city is a priority. Paulina Hennig – Kloska (Member of Parliament) drew attention to the importance of creating green and blue infrastructure in cities due to climate change. Leszek Galemba (Member of Parliament), underlined the importance of green Energy and greenery in cities, their impact on improving the climate and a good future for future generations. The state of greenery depends on all of us. He congratulated the project and wished the conference fruitful deliberations.

Then Katarzyna Rejniak Deputy Head of the Development and Investment Department presented the main objectives of the project: "Green urban corridors - climate awakening in Konin".

The partners of the City of Konin in the project, viz: Norwegian Association for Green Infrastructure, Polish Green Roof Association and Wroclaw University of Life Sciences, presented interesting materials: