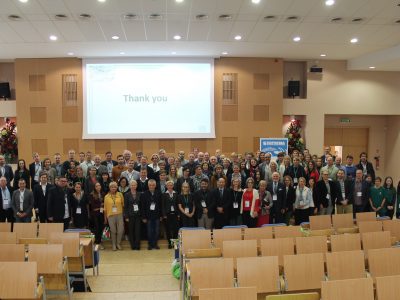 Almost 180 delegates from 19 countries attended the International Conference on Green Infrastructure, which took place from 19 to 21 September 2019 in Wroclaw, Poland. Under the theme ‘Current status, problems and possibilities of implementation Green Infrastructure in modern cities with particular emphasis on green roofs and living walls’, the event demonstrated the importance of implementing greenery to cities as well as green policy. It was also an opportunity to learn about green building examples from around the world.

The conference was held to celebrate the 10th anniversary of the Polish Green Roofs Association. As a conference venue was chosen Wroclaw University of Environmental and Life Sciences, because the idea of establishing the association was born here. The first two days of the conference were devoted to lectures given by 40 speakers. Most of the presentations were held in English and simultaneous translation into Polish was provided. Four presentations were translated from Polish to English.  On the third day of the conference there was a trip during which you could see green roofs and living walls in Wroclaw. The trip ended in the gardens of the Arboretum in Wojsławice.

The most prominent conference speakers